"Bob Fires the Kids" is the third episode in Season 3, being the twenty-fifth episode overall.

One day in the middle of summer, Bob receives a package from the ladies who own the restaurant that his dad used to own, Big Bob's Diner. In the box, Bob finds his old "toys" that he had played with in the restaurant when he didn't feel like working. While the kids hear his story about his childhood, they realize that he mostly worked and had no fun. Later that day, Bob realizes he is doing the same thing his father did to him to his kids, so he fires them to enjoy their summer vacation. After reluctantly agreeing to it, the kids leave the restaurant and find their lives very boring without jobs at the restaurant.

While the kids are outside having a bad summer vacation, Mickey stops by for a visit after being released from jail because of the prosecutor who testified against him being found out that he did meth. While reluctant, Linda suggests to Bob that he should hire Mickey since nobody else wanted to work for Bob after four bad interviews. Mickey asks for just meals and a cot to sleep on in the basement. Bob agrees to hire him and Mickey begins his job by offering samples in the burger suit.

The kids find a farm of blueberries owned by a hippie couple named Cooper and Beverly. Gene and Louise are hired to help them with their "weed" problem by picking marijuana from their greenhouse. Tina is the delivery girl delivering blueberries, unknowingly selling marijuana to customers, including Mr. Fischoeder and Marshmallow. Back at the restaurant, Bob is regretting his decision to hire Mickey when he finds out that he only sleeps in the basement as he plans to rob the same bank by digging underground to it. Mickey thinks that this would be double jeopardy, only to find out from Bob that it's not the case.

Mickey is fired, and Bob tries to hire the kids back. He is shocked to find out that they got new jobs and tries to convince them to come back. They tell him what they are being paid, so he decides to let them have their jobs as he cannot match it. Later that day, a pothead comes by with blueberries to tell Bob and Linda to tell Tina to return them due to the "blueberries" having too many stems and seeds. Linda opens the box to find the marijuana under the blueberries and Mickey leads Bob and Linda to Cooper and Beverly's pot farm. When they get there, it turns out that the pothead was an agent and has the SWAT team and DEA agents surround the farm.

In the end, the kids are rehired and Louise tells her class about why "blueberries" should be decriminalized. 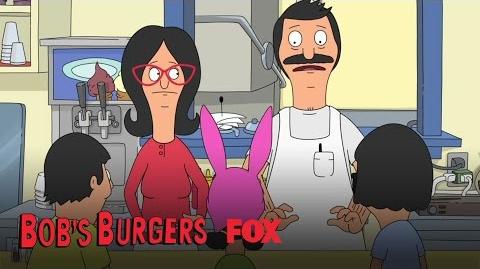 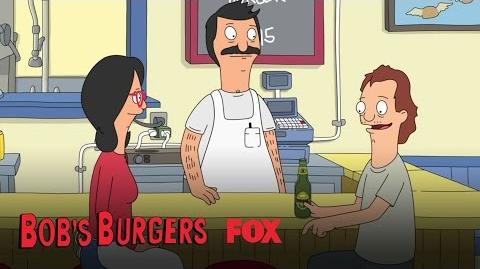 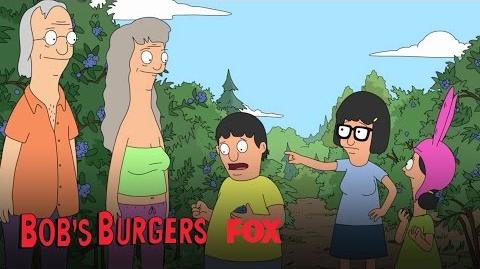