"Bob and Deliver" is the seventh episode in Season 4 and the fifty-second episode overall.

When Bob substitutes as a teacher for Tina's "home ec" class, he creates a full-scale restaurant at the school. With Gene and Louise working at the school's restaurant, Linda begins having issues running the real restaurant on her own.

Tina is delighted when Bob helps Mr. Frond by filling in as the substitute home economics teacher at school, hoping that she can now become someone's teacher's pet. Bob, finding that the home-ec class is really just a class where the school can put the low scoring students, instead inspires them with cooking by showing them how to pop microwavable popcorn on the stove. Zeke, however, is reluctant to participate. Bob asks Zeke to assist him during a soup cooking demonstration, and Zeke, to his surprise and everyone else's, demonstrates a strong aptitude for cooking and what Bob calls a "perfect palate". Zeke begins to thrive in the class and the food the students cook in class becomes so popular that Bob decides to turn the home-ec room into a fully operational restaurant, to teach the kids the "economic" side of home-economics, with Zeke as the head chef. Tina is dismayed that Zeke has become Bob's favorite in class, and after finding herself relegated to dish washing, decides to transfer to shop class, in hopes of becoming the teacher's pet there.

Bob becomes an excellent and popular teacher around the school. However, the popularity of the new "Home-Ec-staurant" draws business away from the school cafeteria, which threatens the lunch ladies, who are independently contracted through Caf Co. Food Services. The head lunch lady, Hildy, begins menacing Bob, finally taking him to a secret meeting with her boss, who tells Bob that he is in violation of Caf Co.'s contract with the school. He has arranged for Bob to either close down the Home-Ec-staurant and go back to movies or for him to be fired. As he packs his things, the students plead with him to stay and teach them again, but Mr. Frond instructs him to go. In a show of solidarity, the students stand on their desks and rip open bags of unpopped microwavable popcorn. Bob, inspired, decides that they should go out with a bang and serve one more meal to the student body. By using a push cart and a portable grill, they make a mobile hamburger stand that they can wheel to the cafeteria. As they run down the hall, Bob only then realizes that Tina transferred and feels horrible that he ignored her. He finds her at shop class and apologizes, and she joins him and the other students. The hamburger cart is too popular for Caf Co. to stop, so they give up, as Bob and Tina share the final Home-Ec-staurant meal together.

Meanwhile, Linda teaches Teddy to dance in preparation for a wedding he will be attending. Though initially uncertain, Teddy is able to relax and express himself freely through dance, though he ends up throwing up in the bounce house set up at the wedding. 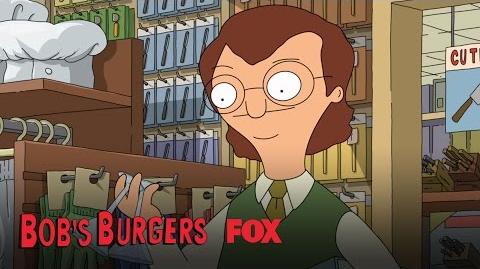 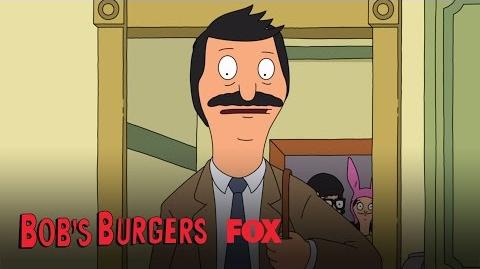 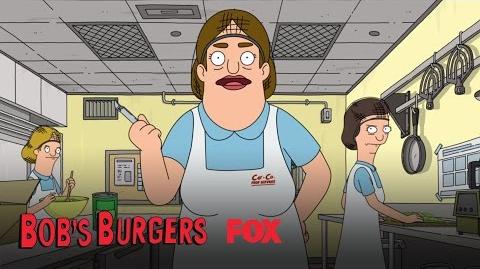