"Broadcast Wagstaff School News" is the twelfth episode in Season 3, being the thirty-fourth episode overall.

Tina decides to audition for the Wagstaff School News, a school news program taught by Mr. Grant (Will Forte) the Video Comm Teacher. When Tammy, her former icon/best friend from "Bad Tina", manipulates Tina into talking excessively slower than usual, she ends up as Staff Intern, making Tammy the anchor, Andy and Ollie Pesto the field reporters, and Zeke the sports broadcaster. When she sees that the Wagstaff School is all about gossip instead of expected news, she is left with no choice until she finds out about a series of defecations committed by a "serial pooper", classified by her as the "Mad Pooper", but to Linda as "The Butt-ler". As a result of this, she makes her own newscast called Tina News to share to the public about the Mad Pooper, drawing more attention to Tina News than the Wagstaff School News, angering Mr. Grant and Tammy. When the WSN makes a reenactment showing Tammy dressed up as Tina taking a "#2 in the library", the whole school believes that the culprit is Tina, resulting in her being sent to the principal's office. Though when Tina believes that the Mad Pooper will strike at the anti-smoking assembly in the gymnasium, Louise distracts the school secretary, Tina makes a run for it and confronts the Mad Pooper, who is revealed to be nobody else than Zeke. He claims he was responsible for being the Mad Pooper so he could stimulate the attention towards Tina News and then poops in the gymnasium. Louise, who also is in the gym, pushes Tammy towards the falling turd, but it doesn't strike her. Back at the Wagstaff School News, Tammy hails Louise as a hero "for saving her hair" and claims that Zeke "is not in trouble because his family moves around a lot". Mr. Grant, on behalf of the WSN, apologizes to Tina for making the school think that she was the Mad Pooper and presents a new WSN special, the Tina Table hosted by Tina herself.

Meanwhile, Louise tricks Gene into thinking that he will grow up to look like Bob, so she makes him look like Bob, making Linda impressed and Bob impersonated. When the Belchers run to the anti-smoking assembly after being called to the school (because Tina was sent to the principal due to the accusations made by the WSN), Gene changes back into his own self due to his ambition of seeing someone poop in the school, resulting in Bob being glad that he is normal again and Linda sad because she will miss her "muppet baby Bobby". 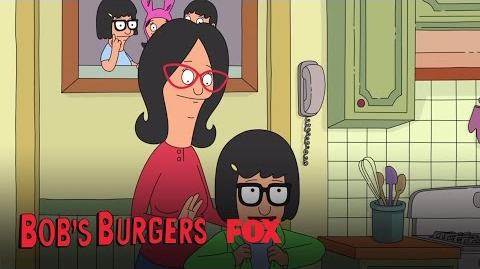 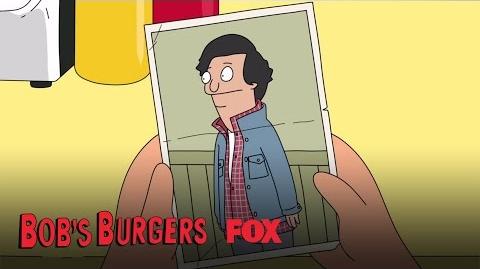 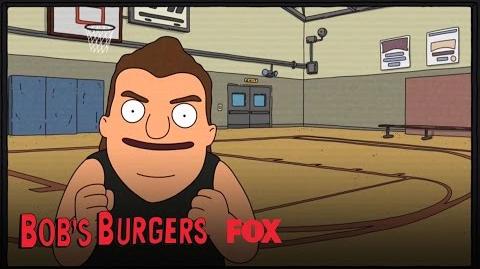 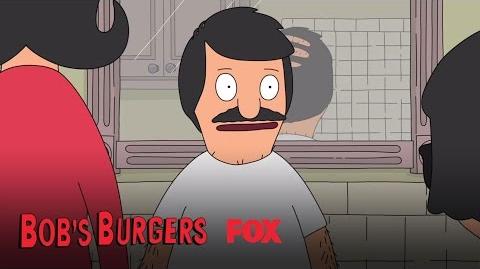 Too Many Bobs In The Bathroom Season 3 Ep. 12 BOB'S BURGERS