"Cheer Up, Sleepy Gene" is the thirteenth episode in Season 8, being the one-hundred-and-forty-second episode overall.

Gene gets invited to his first sleepover and is nervous about it, and when things don't go as planned, he realizes he had a right to be. Meanwhile, Bob and Linda record themselves while sleeping to prove who snores more.

Gene and Alex, a classmate get out of PE class by pretending they're about to vomit. Alex invites him to a sleepover and he reluctantly accepts. Bob drops Gene off, and at dinner, there proves to be issues between Alex and his mom. After the events of the night, Alex brings Gene downstairs and out the door, and Alex says he is running away.

As Gene tries to talk Alex out of running away, he reveals his parents put him on a diet a month ago and that he built a fort with sweets in it. Upon reaching the fort, Alex binges on sugar packets. It starts raining and the fort then collapses.

Once they get to his house, Tina sticks her hand through the mail slot covered in peanut butter to distract his dog, and Louise picks open the lock. They pass by his mom sneaking ice cream, then go up to his room and fall asleep.

Linda brings up that Bob woke her up snoring, and the two get into a dispute over it. They agree to record themselves while they sleep to show which snores the most. Bob wakes up and blames Linda's snoring, which Linda disputes, so they listen to the tape. Unable to tell the difference between who's snoring, they decide 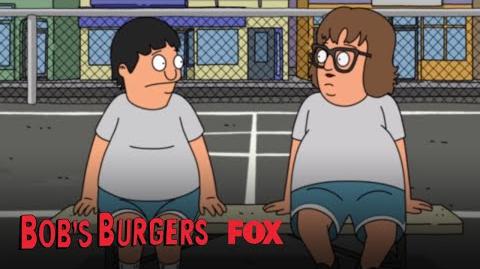 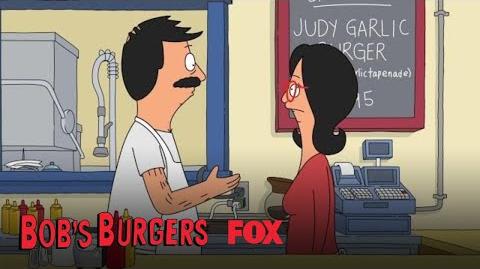