The Belchers make a Super Bowl commercial for their local station in hopes of advertising Bob's Burgers.

When the commercial that Louise scripted proves to be terrible, they get football star Sandy Frye to star in their commercial with the catch phrase "Burgers go great with Frye"

When the commercial airs, Bob's family is upset to learn that Bob has edited out all of his family's screen time. The argument is interrupted when the commercial following Bob's ends up being Jimmy Pesto's, also starring Sandy and using the same punch line, much to the sheer shock of Bob.

Bob, enraged, runs over to Pesto's to call him out on copying his idea and Sandy admits to going to eat at Pesto's after he shot Bob's commercial.

Though Pesto's customers ignore Bob's speech about how his commercial was a bad idea but has good food, Bob's family hears and decides to forgive him.

In a subplot, Gene has a tradition of holding in his bowel movements to have a "Super Bowel" during the Super Bowl half time. Gene ends up using the bathroom at Pesto's and clogs the toilet leading to it overflowing and flooding the restaurant with poop water.

At the end of the episode, we see that Sandy was also in a commercial for Tran's Noodles with the same catch phrase. We also see Bob's new commercial featuring his family. 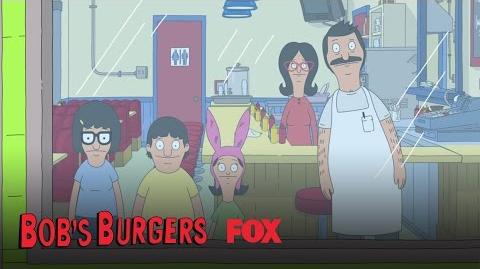 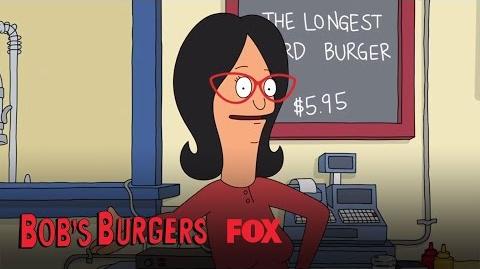