I Get Psy-chic Out of You

"I Get Psy-chic Out of You"

"I Get Psy-chic Out of You" is the sixteenth episode in Season 4, being the sixty-first episode overall.

After receiving a bump on the head, Linda believes she has been gifted with psychic powers. Louise and the kids decide to exploit this by asking Teddy to help them win a bet on the horse track.

Linda falls and hits her head, leading her to believe that she has psychic powers: she tells Mort that his missing wallet is in the bathroom and guesses that the caller on the phone is a telemarketer. Bob is skeptical, though all of Linda's predictions come true. She tells Teddy that he will meet a woman in a yellow dress, that Mort will have good financial prospects, and that Gretchen should go on a trip to Philadelphia to win back her ex-boyfriend. The kids are convinced of Linda's psychic abilities and ask her which horse she thinks will win at the track. They prepare to bet their money on "Gelding the Lily". Bob tries to prove Linda isn't psychic, but she manages to guess that he is holding an orange in his hands, which only further convinces her and the kids. As he continues to doubt her, Linda cryptically and hostilely tells him to be careful going down stairs.

Seeing a new report about a missing statue on the pier, Linda calls in a tip as "a local psychic" stating that she sees the statue surrounded by water. Indeed, the statue fell off the pier and the news of her powers reaches Sergeant Bosco. With his job on the line and no other options, he enlists her to help them find "The Little Boy Bandit", a suspected little person who dresses as a child and commits high profile thefts. Linda unproductively tries to predict where the bandit will strike, until Bosco hurriedly interprets her vague guesses as indicating the Wharf Arts Center as the next target. Meanwhile, the kids go with Teddy to the racetrack as he searches for the woman in a yellow dress. They put their money on Gelding the Lily.

Linda returns home, everyone angrily confronts her about her psychic readings: Gretchen's ex-boyfriend is now married and faithful, Mort's financial advisor told him he was being audited, and Bob has yet to fall down any stairs. Linda realizes that her earlier correct predictions were just based on common sense: she saw Mort's wallet falling out as he walked to the bathroom, telemarketers usually call during that time of the day, and Bob's hands smelled like oranges after holding one. Linda sadly concludes that she isn't psychic and hurries to tell Bosco, so he won't lose his job. Bob goes to the racetrack to find the kids and spots Tina talking to Gelding the Lily's horse jockey. The jockey drops a duffel bag full of costumes that the Little Boy Bandit used in his robberies, giving him away as the thief. Bob immediately calls Linda, who tells Bosco to get to the track. Gelding the Lily is set to win, but just before he does, the police arrive and the jockey flees, causing Gelding the Lily to lose the race, to the kids' dismay. The Little Boy Bandit is arrested, Sergeant Bosco boastfully takes all the credit, and at home, Linda tells Bob that though she is not psychic, she still believes in psychic phenomena, just as Bob slips and falls down the stairs. 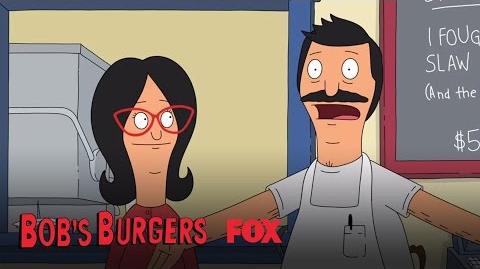 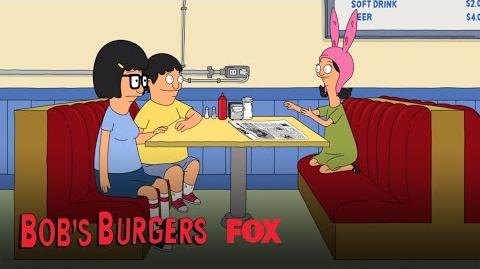