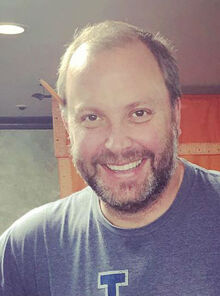 Jon Schroeder is a writer and producer who has worked on Bob's Burgers since the show began production.

Retrieved from "https://bobs-burgers.fandom.com/wiki/Jon_Schroeder?oldid=53920"
Community content is available under CC-BY-SA unless otherwise noted.