Late Afternoon in the Garden of Bob and Louise

"Late Afternoon in the Garden of Bob and Louise"

"Late Afternoon in the Garden of Bob and Louise" is the tenth episode in Season 5, being the seventy-seventh episode overall.

Bob receives a rejection letter rejecting him for a plot at the local community garden. He goes to see the gardenmaster who is Cynthia Bush, Louise's enemy Logan's mother. Cynthia mentions that she is trying to get Logan into a college prep program. She wants him to get a “crappy job that builds character” so his experience can be used for an entrance essay. After listening to some examples that Cynthia gives, Bob says he knows the ideal place. He is given a plot at the garden and Logan is hired as an unpaid intern.

Louise is not happy with the decision at first but agrees when Bob says for her to say yes for him and then storms out without listening to her alibi. Gene gets along well with Logan as there is now another boy in the restaurant and Tina continually asks him about teenage boys.

Cynthia starts to visit the restaurant to write Logan's essay. This angers Linda as she continually asks for chamomile tea and is constantly critical of the restaurant. After a while Linda and Louise finally snap with Linda threatening to destroy Cynthia's laptop and Louise threatens to slap Logan, this results in Cynthia revoking Bob's plot and leaving with Logan. After Bob talks with her he agrees to make Logan employee of the month in order to keep the plot. This causes Louise to quit as Bob has effectively chosen Logan over her his own daughter.

Louise stays up in the apartment while Logan is in the restaurant. She assembles together spitballs to fire at Logan through the crawl space. Bob tells Louise to stop but while he's talking through the Crawl Space vent telling her that he his happy with his decision Louise takes Bob's hedge clippers and heads off to the garden to destroy Bob's plot. While trying to talk Louise out of hit he refers to his beans as his babies in front of her this makes Bob realize how selfish he has been. Louise forgives Bob on the condition that she fires Logan herself. She does so and Cynthia again revokes Bob's plot but this time Bob has brought the plots contents home to plant. The episode ends with Bob and Louise planting them in a windowbox which falls off shortly after they plant it. 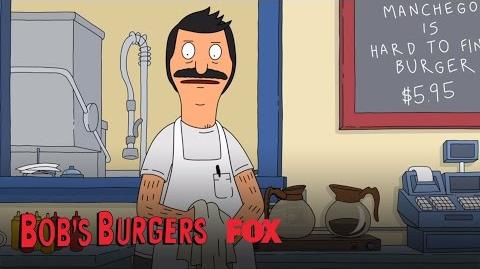 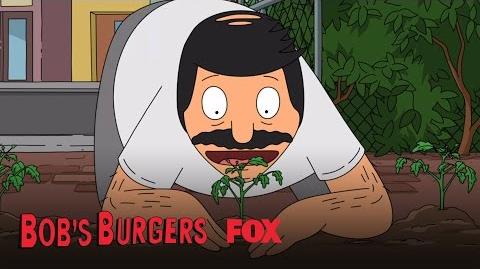