View source
watch 01:32
Who is Linda Belcher?
Do you like this video?
Play Sound

Linda Belcher (née Genarro) is one of the two tritagonists (alongside Gene Belcher) of Bob's Burgers.

Linda is the happy-go-lucky, eccentric wife of Bob Belcher and the mother of Tina, Gene and Louise. Linda has a broad sense of humour, constantly joking with her family and friends. She is wise and kind to her family, she still loves her family very much. She is voiced by John Roberts.

Linda has tan skin and black hair like the rest of the family. She wears a red-orange long-sleeved shirt with a V-neck collar (two buttons up until "The Runway Club"), red glasses (inspired by Sally Jessy Raphael's[1]), blue jeans, and yellow shoes with socks. She is seen mostly wearing a white apron covering most of her legs. She has blue eyes

In other episodes, she has been seen wearing a purple sleeveless T-shirt and blue shorts, a purple twist neck dress and workout gear. In one episode, Linda is seen wearing a red tank top with her usual bottoms.

Happy-go-lucky, enthusiastic, funny, and friendly, Linda supports her husband Bob's dream through thick and thin. She has a joyful enthusiasm for whatever she undertakes, from dinner theatre to synchronized swimming to road rage.

She is lenient and supportive toward her whole family, while still garnering their love and respect. She is especially kind to her emotionally unstable sister, Gayle, encouraging Bob to have a pretend affair with her to raise her self-esteem, and allowing Gayle to hang many anus-themed paintings in the restaurant.

She is extremely outgoing, flamboyant, feminine, and has absurd obsessions with performing arts and dramatic tradition - she will occasionally take extreme measures to pursue these and make her family/bystanders join her in enacting this. She is also very extroverted and is often rambling or very talkative. She sings the most of all characters. In "Hamburger Dinner Theatre", she lies to Bob, telling him she is going to Pickles while going to see a pirate themed dinner theatre show. It is possible that Linda may have seen the show before, as she sings along with the actors.

While usually open-minded and accepting of other people she has shown to have strong opinions and expectations that she will force onto others regardless of their feelings.

She's always on the lookout for a surprise birthday party or unexpected anniversary present, and her faith in Bob is unwavering. She's prone to bursting into song after a visit to her beloved musical dinner theatre, and though she thinks she's an excellent hostess, her blood boils when guests aren't willing to make small talk. Linda is a pushover, always being easily convinced by her kids to do all the work on their school projects, but she doesn’t think she’s a pushover. Louise in particular, can make Linda do whatever she wants. For example, she has her get the family together for a family meeting, to get her to be the kids swimming coach, and to sell Bob's espresso machine.

Linda is shown to have an obsession with baby related things such as porcelain baby dolls as shown in Burgerboss, a dutch baby pancake in "Christmas in the Car" and miniature water bottles in "Dawn of the Peck". In "Wag the Hog", she babysits Sidecar, Critter and Mudflap's baby and passes him off as Simon, her own baby.

“Oh, Bobby! Now you listen to me. I would rather be married to a suspected cannibal with a dream, like you, than a soft-lipped guy who never had a dream in the first place.”
—"Human Flesh"

“Running down the gutter with a piece of bread and butter,...Diarrhea!”
—"Tinarannosaurus Wrecks"

“Stay out of my room!”
—Multiple Episodes

“When I die I want you to cremate me and throw my ashes in Tom Selleck's face.”
—"Burger Wars"

“Hit him in his handsome groin!”
—"Burger Wars"

“I dreamed that I was breast feeding Gene again, but he had a long, white beard, like Santa Claus. Oh, it was freaky!”
—"Synchronized Swimming"

“Well, I may have slipped a penis pill in your casserole. Surprise!”
—"The Belchies"

“It's rated "R" for really boozy, starring me.”
—"Purple Rain-Union"

“Oh, honey. I already picked out what it'll say on your tombstone. Order up.”
—"Torpedo"

“The problem is I don't have a friggin' drink in my hand!”
—"Bob Fires the Kids"

“Ooh! Mutiny?! This boat has so many activities.”
—Mutiny on the Windbreaker

“Wine helps me drink.”
—"A River Runs Through Bob"

“You got to fight crazy with crazy.”
—"The Kids Run Away"

“Whoo, throw a ripped wedding dress on this daiquiri 'cause it is not a virgin!”
—"Mutiny on the Windbreaker"

“A gentleman down south but a bad boy above the mouth.”
—"Sliding Bobs"

“My dutch baby! It came out in 22 minutes! Aw, its a preemie, just like Jesus.”
—Christmas in the Car

“"All I had for breakfast was kiwi fuzz. It's like licking your father's back. Ugh!"”
—The Unbearable Like-Likeness of Gene 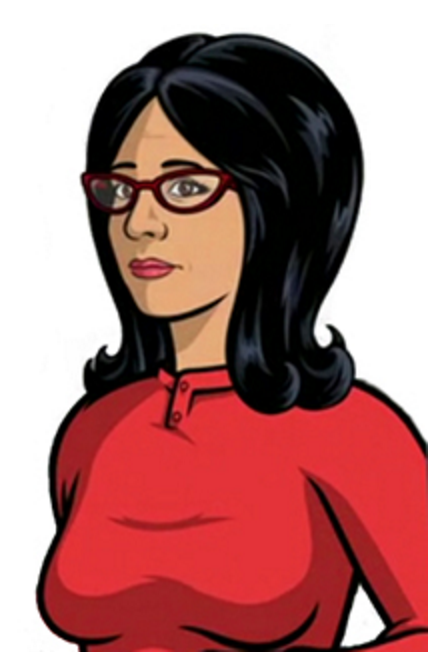