"Mother Daughter Laser Razor" is the tenth episode in Season 3, being the thirty-second episode overall.

One night on family game night Linda gets mad at Louise for saying that she is no fun. Linda then goes to a "mommy blog" to gather some ideas as to how to get closer to her youngest child, since she realizes that Louise favors Bob over her. Linda tries to bond with Louise by reading to her and making a collage about them. When these attempts to get closer to Louise fail, Linda tricks Louise into attending a Mother-Daughter seminar.

Meanwhile, Tina overhears a couple of schoolmates gossip over another girl's leg hair. This makes her conscious of her own and wants to get rid of it. When Linda fails to shave Tina's legs because of her frustrations with Louise, Tina asks Bob to shave her legs instead. Bob and Gene bring her to a waxing salon but Tina's fear over the pain forces Bob to have his legs waxed as well.

Linda takes Louise to an 8-hour mother-daughter seminar. Louise makes Linda pay her to be at the seminar. At the seminar she sees Logan, the boy who took her hat in "Ear-sy Rider." After not taking Modo Time (Mother-Daughter Time) seriously Louise and Logan are sent to the Uter Room, a room with Freaky Friday playing on a loop. Louise and Logan pretend to be sorry for the way they acted but really lock the parents and the instructor in the Uter Room then go play Laser Tag. When the mothers and instructor get out they go play laser tag with the kids. Louise admits that she does like her mom and they bond like they did at Modo Time. Dakota then "kills" Louise for ruining his class. Linda then gives chase to Dakota and kills him avenging Louise's "death". Back home Louise becomes jealous of Bob, Gene and Tina's day. But still, though she and Linda had a fun day. 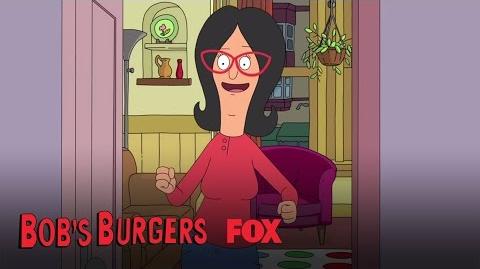 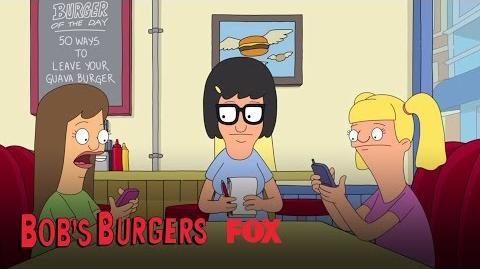 Tina Is Self Conscious About Her Hairy Legs Season 3 Ep. 10 BOB'S BURGERS 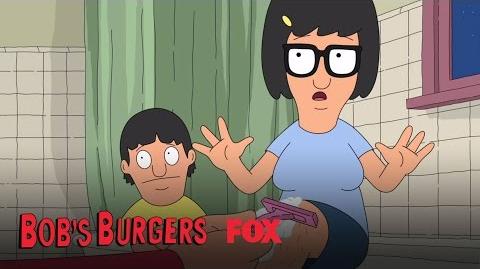 Linda Worries About How Louise Feels About Her Season 3 Ep. 10 BOB'S BURGERS 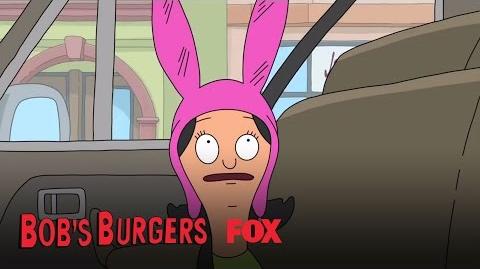