"Purple Rain-Union" is the sixth episode in Season 4, being the fifty-first episode overall.

When invited to her high school reunion, Linda reunites her band "The Ta Tas". Meanwhile, Bob deals with a massive zit on his nose.

The episode begins with Linda’s old high school band, The Ta Tas, being invited to play at the high school reunion, as a last resort. After being mad at the concept, as they lost the high school talent show miserably to a far better band, Bad Hair Day, she eventually decides to do it after agreeing with herself that she sings good in the shower.

After some reservations from Gayle, Linda successfully brings the band back together. Before they leave, Bob says he can’t go because of a pimple on his nose. Linda reveals that Jen is babysitting, making Tina mad.

At the reunion, Bob’s concealer falls off, making him a hit with many who got jobs in skin care. Bad Hair Day shows up at the last minute, and the planner tells them that they’ll be playing first since they have a concert to play at. After a falling out with Gayle over Linda not letting her play her songs due to their sexual nature, Gayle leaves. As The Ta Tas start playing, Linda has a nervous breakdown and runs out.

Meanwhile, Tina is mad at Jen for taking her job as the babysitter, and Louise and Gene are mad due to not being able to go to the reunion. After discovering that Jen is extremely ticklish, they agree to threaten to tickle her to take them there. While being tickled, Jen accidentally punches Tina and gives her a black eye. To keep Jen from getting fired, they all give each other black eyes.

After Jen and the kids run into Linda while driving there, Jen tells her about how she should play because she likes it. She goes back, and The Ta Tas play one of Gayle’s songs, which proves to be a hit. While the Belchers and Jen are leaving, Gayle is shown making out with the guy the song was about. 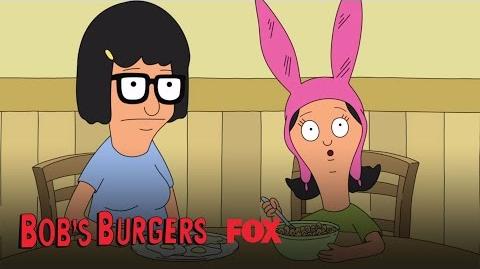 Linda Is Afraid Of Being Humiliated In Her Band Season 4 Ep. 6 BOB'S BURGERS 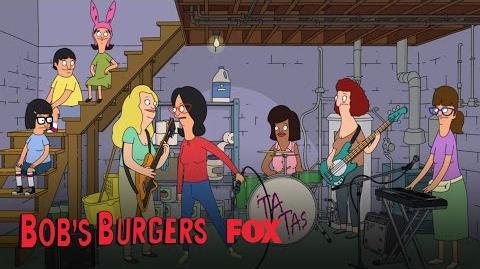 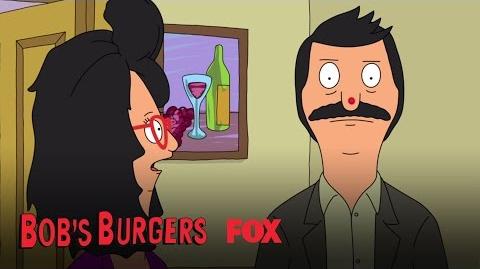