"Slumber Party" is the ninth episode in Season 4, being the fifty-fourth episode overall.

Worried that Louise does not have any friends, Linda throws a surprise slumber party consisting of four of Louise's female classmates, none of whom she likes: over-talkative Harley, "germaphobe" Jodi, compulsive braider Abby, and boring Jessica. Horrified, Louise tries to run away until Linda grabs her and tells the other girls to help her by blocking her path and closing the door.

Linda, now dressed as a teenager in pink pajamas and her hair in pigtails, supervises the party but even though the guests, Gene and Tina are having fun Louise refuses to cooperate and tries to warn Linda about why she just can't get along with the other girls due to their respective habits but Linda, despite agreeing about Jessica being boring, remains hopeful that Louise will eventually become friends with them. After Louise tries and fails to escape her situation she very reluctantly goes along with the activities but grows irritated by her "guests"'s requests of braiding her hair, exchanging stickers and soap so Louise resolves to drive each girl away and end the party.

Louise tells Jodi that her mother suffers from numerous infections, scares Harley into believing that Gene's secret, deformed, violent twin is about to be let out from the Belcher's basement, and refuses to allow Abby to braid her hair. Each girl demands to be driven home, leaving only Jessica, who went to bed when the party started.

However, Jessica finds an embarrassing possession of hers missing and believes Louise stole it to mess with her and drive her away. She skillfully evades Louise and searches the apartment, telling her she refuses to leave until her possession is returned to her. In the course of tracking down Jessica in the apartment, Louise finds her to be much more mysterious, resourceful, and cunning than she initially thought. A pillow fight ensues between the girls, but ends when Jessica's missing item is located and revealed: a pair of urine-soiled pajama bottoms.

Now that her bedwetting secret is exposed, Jessica is humiliated and waits to be taken home. However, Louise assures her that she won't tell anyone at school, and they bond over their mutual cunning, pillow fighting skills, and overbearing mothers. Louise invites her to stay the night and Linda delights at Louise finding a friend in Jessica.

Meanwhile, Linda's fascination with an alley raccoon, whom she had dubbed "Little King Trashmouth" in "Two for Tina", reaches its peak when he is ousted from his territory by a larger raccoon (dubbed "El Diablo"). Linda takes in Little King Trashmouth, and she, Bob, and Teddy conspire to remove El Diablo and "reinstate the king". 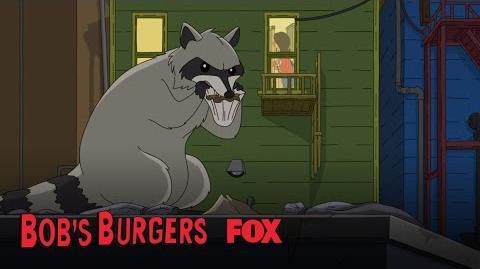 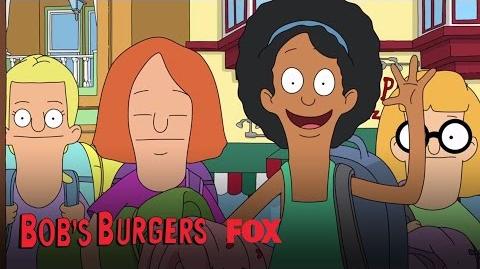 Louise Is So Over The Sleepover Season 4 Ep. 9 BOB'S BURGERS