"Thanks-hoarding" is the fifth episode in Season 8, being the one-hundred-and-thirty-fourth episode overall. It is the show's 2017 Thanksgiving-themed episode.

When Teddy's family unexpectedly announces that they're coming for Thanksgiving, the Belchers reluctantly agree to pitch in. The preparation proves to be much more challenging than they had anticipated, especially upon discovering that Teddy is a secret hoarder.

The episode starts with the Belchers discussing the plan for Thanksgiving the day before. Teddy runs in, saying that his family is coming over for it, and asks them for help preparing, and they agree to come due to Linda agreeing to it. They arrive at Teddy's house with the turkey and supplies. Linda and the kids end up setting up, while Bob and Teddy end up cooking. Looking for candles, Linda and the kids find a lot in his closet.

Bob is telling Teddy how to make the turkey, and Bob agrees to start making the turkey while Teddy is going to peel carrots. Bob finishes preparing the turkey and puts it in the fridge. They find even more in the closet, and not able to find the candles, go into a room hoping to find them, discovering Teddy's a hoarder. Teddy and Bob go in to discover this, and Linda wants to set it up as a dining room. While Teddy claims he is not a hoarder, Bob and Linda go into the kitchen to discuss whether or not to clear it out. Bob reluctantly agrees to.

While beginning to discuss cleaning it with Teddy, he defends his hoarding as stuff to fix. They begin discussing things to get rid of, but Teddy doesn't want to get rid of anything, so they decide on a goal to fill up a dumpster of things to throw away. The kids begin searching for things for eating at Thanksgiving, while Linda talks about things to throw away. After Bob has set everything up, Teddy freaks out due to nervousness. Linda creates three piles to help decide what to throw away. After having a lot thrown out, they have set up the dining table. At Thanksgiving, the Belchers find the food good, except for Bob, who thinks he did it wrong due to lack of time. Teddy calls, having done bad cooking, and Bob decides they should go back over so he can redeem himself for the meal he thought was bad.

They arrive to find Teddy a mess from failed attempts at looking good and accidents. Bob starts to cook Teddy's meal, while the kids write place cards, while Teddy doesn't know his mom's boyfriend's name, and Linda gets Teddy a new shirt. Bob brings Linda in to watch him cook, and she finds it gross. Bob finishes preparing the food and starts cooking it, and they find Teddy to be missing.

They go outside to search for him and find him in the dumpster with the things they threw away. Linda realizes that the reason Teddy hoards is because he ended arguments between his parents. Teddy discovers his mom and sister aren't coming until tomorrow since his mom missed his flight. The Belchers end up having dinner with Teddy and agree to bring Teddy's things back upstairs. Bob is obsessed with his redemption, and end up loving the food. 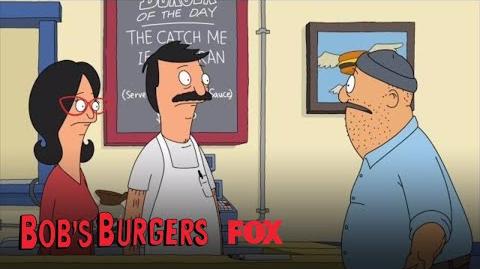 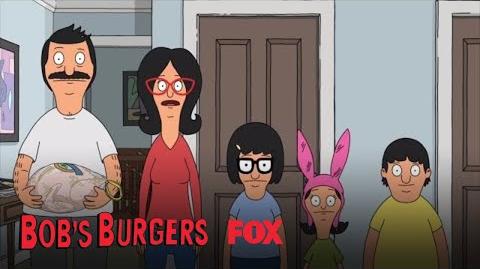 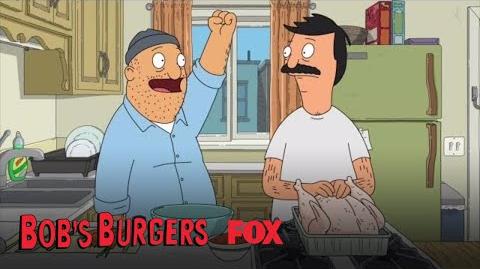