"The Frond Files" is the twelfth episode in Season 4, being the fifty-seventh episode overall.

Bob and Linda are at Wagstaff School for an exhibition themed "Why I Love Wagstaff", only to find that their children's reports are nowhere to be seen. They find Mr. Frond, who after unsuccessfully trying to hide from them relents and takes them to his office. Frond explains that he pulled the projects from the exhibition due to their offensiveness, as well as to prevent any further issues with the superintendent, whom he is already in conflict with due to his credentials being invalid in the state. Nonetheless, he allows Bob and Linda to read the reports themselves.

"Why I Love Wagstaff"

Louise's report begins with the arrival of a robot from the future resembling Mr. Frond, built by the real Frond and sent back in time to eliminate Louise. As Louise flees, she is spotted by an older version of Darryl, who traveled back in time after uncovering Frond's plot. He reveals that the robot was built in retaliation for a prank which Louise will pull off on the day of her eighth-grade graduation ceremony: placing a brownie on Frond's chair and making him appear to have soiled his pants, which drove him to quit his job from the embarrassment. While pleased with this revelation, Louise chastises Darryl for not bringing back any useful equipment to stop the robot and providing nothing more than a "bucket load of exposition and a stupid mustache".

Louise and Darryl meet up with Gene and Tina as the chase continues and the four are soon cornered in the cafeteria kitchen, where Louise tricks the Frond robot into jumping into a vat of boiling creamed corn that dissolves it. They celebrate, only to discover more Frond robots, all brandishing the clothes of various supporting characters from the series. The scene cuts to the Belcher siblings sitting at a picnic table in a beach in Mexico (or Belize, as Gene claims), where they have been forced into hiding, as Louise finishes writing her journal.

"Fart School for the Gifted"

Gene's report reimagines Wagstaff School as the Fart School for the Gifted, where Gene and his fellow students sing and dance to his original songs about farts. Mr. Frond (dressed in drag), however, confiscates his keyboard just as he is about to play his most impressive fart sound effect yet. With the help of his siblings, Gene is able to distract Frond and reclaim the keyboard from "Keyboard Jail". Afterwards, he plays a song about farts over the PA system, which ends with a fart so powerful that it ends up destroying the school.

"A Tale of Horror"

Bob and Linda find that their children's stories are very creative, with Gene's even bringing Linda to tears. Frond then breaks down and reveals that the real reason he refused to display the reports was that all three portray him as a villain. Bob and Linda try to console him and give advice about relating to children, and a rejuvenated Frond decides to deliver a speech to the superintendent, though still refusing to display the reports. He stands up, not noticing that he has been sitting on a brownie the entire time. Bob and Linda keep silent and take Gene's confiscated keyboard as they leave. At the Belcher residence, Louise gets a subconscious feeling that her prank has taken effect. 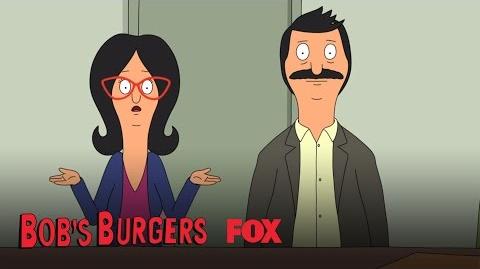 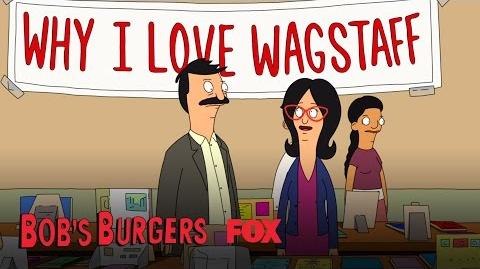 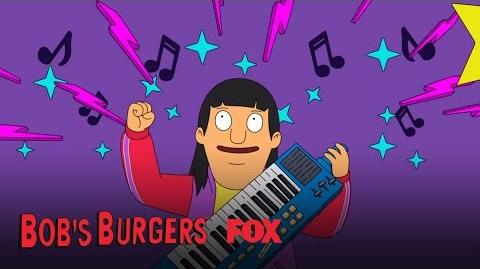