View source
watch 02:01
'Bob's Burgers' Recap: The Hurt Soccer
Do you like this video?
Play Sound

"The Hurt Soccer" is the twelfth episode in Season 8, being the one-hundred-and-forty-first episode overall.

After forgetting that they signed up Louise for a soccer league, the Belchers must help her prepare to play in the season's last game. With Bob coaching the soccer game, Linda and Gene seize the opportunity to turn the restaurant into a piano bar.

Bob and Louise are discussing a wrestling marathon they see on a TV commercial, and they receive a phone call from Louise's soccer team they forgot about. Linda agrees that Louise will go because she missed the entire season, and Bob drives her to the game. Bob also discovered that he was volunteered since the usual coach is absent.

The coach of the other team wishes Bob good luck as Louise is shown to be terrible at the sport, and this soon proves true for the entire team. A member of the opposing team reveals that all they have to do is let the other team get to 10 points and the game will end, so Bob and Louise agree to keep failing as they're already losing 7-0.

After the team reveals this had happened to them every game this season, Louise and Bob decide to not go through with failing the game. Bob tells Louise to be goalie because she's good with her hands. Bob gives her advice to do a wrestling move, and it succeeds in keeping them from failing. With the other team distracted in arguing, the team scores.

With Bob, Tina and Louise gone, Gene and Linda decide to turn the restaurant into a piano bar. While doing this, Ms. Merkin walks in and starts playing Gene's keyboard for them. Ms. Merkin turns out to be angry about the director of the show she was playing for telling her she was off key. Linda leaves Gene in charge of the piano bar so she can get Ms. Berkin back in the musical. The cast for the show comes, and Berkin demands the director apologize, but she refuses. The director is revealed to be Ms. Berkin's sister, and Linda gets them to make up and Ms. Merkin plays a song for the restaurant. 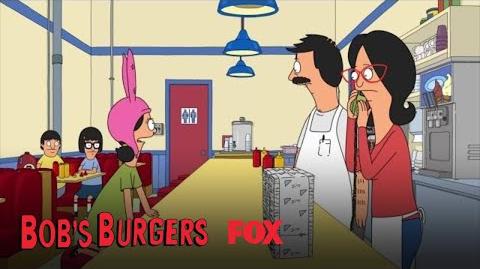 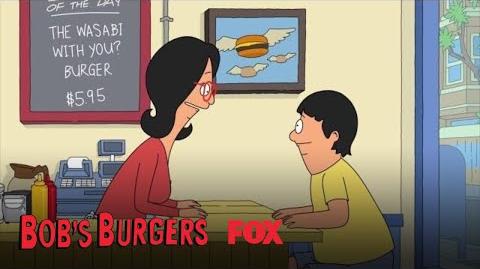