The Kids Run Away

"The Kids Run Away"

"The Kids Run Away" is the nineteenth episode in Season 4, being the sixty-fourth episode overall.

Upon learning that she has a cavity and needs a filling, Louise runs away from the dentist's office and seeks refuge at Aunt Gayle's. When Louise refuses to go home, Linda sends Tina and Gene to join her and bets her that she won't last the weekend with Aunt Gayle's craziness.

The kids have their check-ups at their family dentist Dr. Yap's office. When Dr. Yap checks out Louise's teeth, it is discovered that she has a cavity and it needs to be filled. Due to Louise' unreasonable fear of the dentist, she then decides to climb away through the window and run away. She yells at Dr. Yap and warns him not to tell her family for ten minutes that she's gone, but Dr. Yap tells them after eight minutes.

After unsuccessfully trying to book a hotel room (she told the concierge that she's a Vietnam veteran), Louise's next stop is her Aunt Gayle's apartment. Louise tells Gayle not to call the family, and pretends she's there for a pre-scheduled visit. However, Linda calls Gayle to ask if she has seen Louise, and finds out that Louise is staying there. Gene and Tina, upon hearing of Louise's location, mention they want to run away, too. This gives Bob and Linda an idea: Linda bets Louise that she can't spend the entire weekend with Gayle's antics. Gene and Tina are also sent to Gayle's, Linda and Tina regularly texting trying to think of things that would give Gayle ideas to be even 'weirder' and make Louise want to come home.

After Louise spent the whole weekend at Gayle's Tina invites Louise to some ice cream to celebrate. While eating ice cream, Louise feels a pain in her cavity. When Bob, Linda, and Teddy arrive at the apartment after staking out, Louise realized that this was all a plot. Louise then admits that she has a fear of going to the dentist. To make Louise feel comfortable, Gayle and the rest of the family -- with Dr. Yap -- stage a faux espionage back at the dentist's office. With that, Louise finally has her cavity filled. 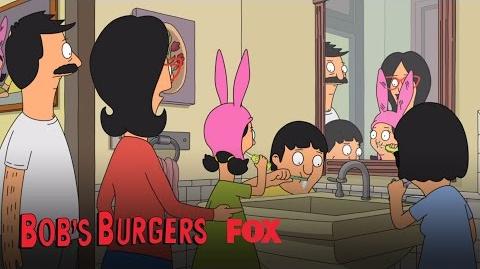 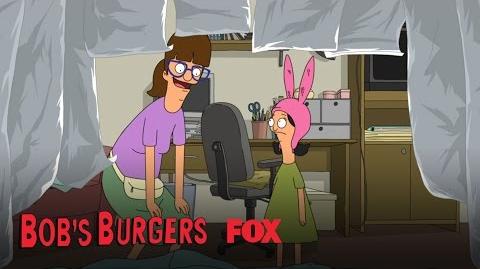