The Last Gingerbread House on the Left

"The Last Gingerbread House on the Left"

"The Last Gingerbread House on the Left" is the seventh episode in Season 7, being the one-hundred-and-fourteenth episode overall and the 2016 Christmas-themed episode.

As the Belchers prepare for Christmas, Bob gets an unexpected call from Mr. Fischoeder asking him to bring food to a party at his home. When Bob arrives, he discovers that he has gotten involved in an intense gingerbread house building competition with Mr. Fischoeder's rowdy group of friends. Meanwhile, Linda and Teddy try to inspire some Christmas cheer in the neighbors as they take the kids caroling.

Bob and Linda worry about the kids' Christmas lists and their low funds for buying presents. Linda gets the entire family to go caroling out in the suburbs, hoping that they'll get residents to join them. Before they leave, Mr. Fischoeder calls on Bob to attend a secret get-together. It turns out to be a secret gingerbread house building contest Mr. Fischoeder and his rich, eccentric friends engage in as part of a Christmas tradition. The winner gets the group prize paid for by the contestants. This year, the prize is a paid for cuddle session with the zoo's newborn albino polar bear cub. Mr. Fischoeder, having lost every year previous, has Bob enter and intentionally lose so that he will no longer be a loser. He offers Bob one month's free rent and Bob agrees.

Meanwhile, Linda, Teddy, and the kids go caroling, but find the residents uninterested in joining or offering things like cider or hot cocoa. They pass one eerie house that Teddy claims belongs to a man who is a murderer. The owner eventually comes out, terrifying them, but ends up being a kind man and wonderful carol singer named Oscar. After wowing them, Oscar invites them in for hot cocoa.

At the contest, Bob's gingerbread house building skills impress Mr. Fischoeder's friends, causing Mr. Fischoeder to lash out in jealousy with insults. Bob pulls him aside and when Mr. Fischoeder refuses to apologize, Bob resolves to actually use his skills to win the contest and give the kids the gift of cuddling with the polar bear cub. As the gingerbread houses enter judging, Mr. Fischoeder pulls out a gun and shoots Bob's house apart. This causes his friends to also shoot one another's houses. The houses are destroyed, and Bob tells the others of Fischeoder's deal. His friends are surprisingly impressed by his plan. Bob apologizes to Mr. Fischoeder and tells them that he finds their traditional contest to be a sweet way to be together with chosen family during Christmas. The judge deems Bob's gingerbread house the one least destroyed and declares him the winner. Bob surprises the kids with the cuddle session prize, but also invites Mr. Fischoeder and his contest friends to join them. 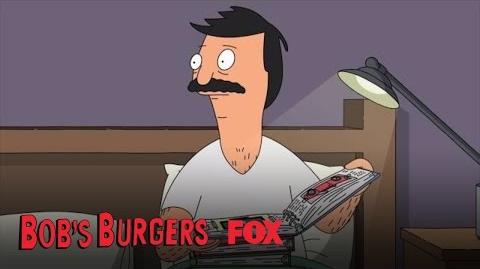 Bob Feels Like A Failure Around The Holidays Season 7 Ep. 7 BOB'S BURGERS 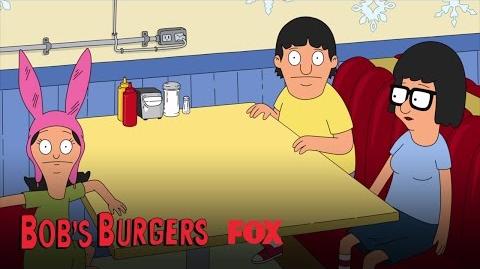 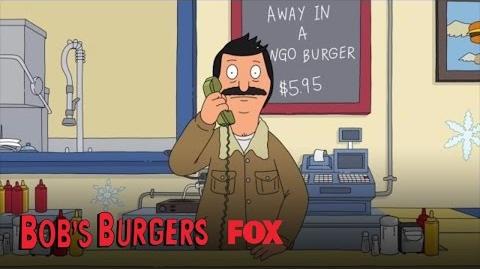 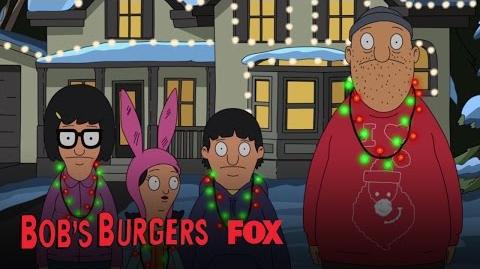 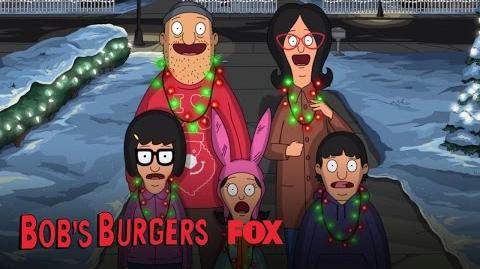 The Belchers Learn That Caroling Isn't For Everyone Season 7 Ep. 7 BOB'S BURGERS 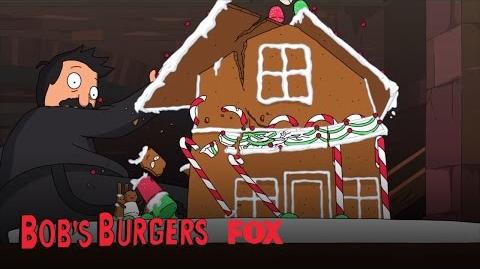