"The Oeder Games" is the twenty-first episode in Season 5, being the eighty-eighth episode overall. It is the fifth season finale.

With the threat of a rent increase on Ocean Avenue, Bob and the other tenants rebel! After approaching Mr. Fischoeder, the tenants find out that they will have to compete in order to convince him to keep their rents reasonable.

The episode begins at the restaurant, with Fischoeder's tenants discussing a massive rent hike. They all agree that if he goes through with the hike, then they'll all stop paying with Bob leading them, though Linda tries to tell Bob that he should consider speaking to the landlord before doing the strike, only for Bob to dismiss her.

Following this, the strike immediately falls apart as the water balloon fight begins.

Reggie and Teddy are knocked out first, and taken to the "porch of losers", where they watch the rest of the fight with snacks. After Louise and Gene leave almost instantly, Bob begins an attempt to bring the tenant strike back together, and only Sal is convinced to rejoin. Fischoeder announces that more balloons are on a tree "with wet jiggly fruit".

As Fischoeder announces Bob's hiding spot, Tina goes after Jimmy Jr. and Zeke, who are in alliance. With Tina having a balloon and neither of the two having one, Tina begins threatening them and asking questions about what they'd do in romantic situations. As Bob, Linda, and Sal run into Jimmy Pesto, Jimmy coerces him to throw a balloon at Bob, and Linda takes the shot. Following this, Bob finally joins the balloon fight.

After Tina decides to attack Jimmy Jr. with the balloon, Jr. catches it, they reconcile, and Tina runs away as they threaten to hit her. Gene and Louise successfully capture the treehouse, to discover that Felix lives there and that the water balloon stash previously mentioned is there. After a while only the Belchers and the Pestos remain. After Tina is knocked out of the game, Jimmy reveals that he has Andy and Ollie as human shields. After having Louise and Gene launch several balloons with a catapult in the treehouse at the Pestos, Andy and Ollie are successfully hit, and they accidentally destroy all Jimmy's balloons while getting off.

After Bob begins ranting due to the fact that he has the last balloon, it popps. Fischoeder announces a new game: for every balloon that hits Bob, the thrower gets $50 taken off rent, Bob gets $50 added, and the game ends at sunset. The kids discover Bob hiding in an abandoned ferris wheel. After Bob is discovered, the kids push him to the top of the wheel, successfully keeping him away. Linda pulls him down while talking about Bob's attempts to bring the tenants together, and how the attack will destroy their business. What she says successfully convinces everyone to not attack, and the strike is reunited.

After talking about how they didn't give him a chance to be the good guy, Fischoeder agrees to not hike the rent. They all proceed to celebrate by having a water balloon fight for fun as the credits roll. 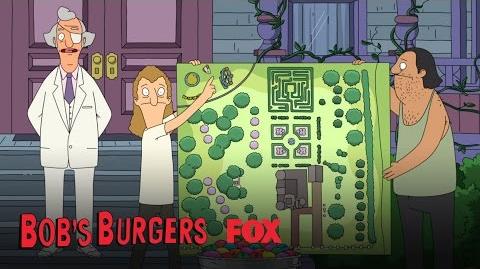 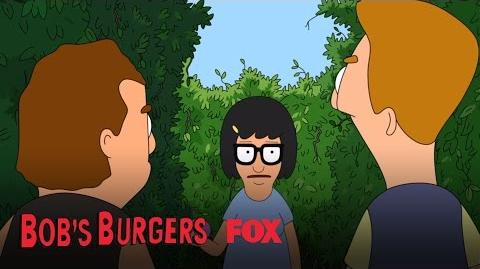