"The Spider House Rules" is the seventeenth episode in Season 12, being the two-hundred-and-thirty-third episode overall.

Louise befriends a house spider and hides it in her room after Linda and Bob tell her to remove it from the apartment. Louise initially names her "Winona Spider" before settling on "Arachaphoebe" or "Phoebe" (but not Pheebs) for short.

Meanwhile, Bob tries to make a friend outside of the people that come to the restaurant. He gets in contact with an old friend named Cliff. 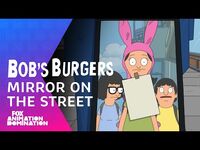 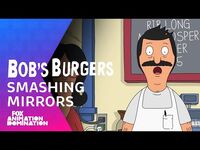 Louise Is Upset No One Wanted To Smash The Mirror With Her - Season 12 Ep. 17 - BOB'S BURGERS 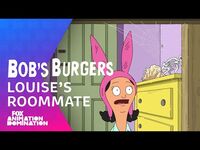 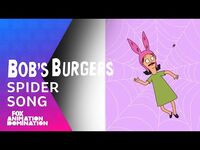