The Wolf of Wharf Street

"The Wolf of Wharf Street"

"The Wolf of Wharf Street" is the third episode in Season 8, being the one-hundred-and-thirty-second episode overall. It is the show's sixth Halloween-themed episode.

On Halloween night, Linda tries to impress the kids by taking them to look for a wolf that has been terrorizing the town. Meanwhile, an injured and medicated Bob believes that Teddy has turned into a werewolf.

It starts showing Bob with a broken leg, with him watching a news report about the "Wonder Wolf", an urban legend. Linda comes in with her costume, saying that Bob's pain pills are causing erratic behavior before giving him one. Teddy comes in wearing a female nurse costume to take care of Bob. A flashback shows that Bob broke his leg by falling while trying to put on his old chef pants. The kids come in with a costume and reject the idea of Linda coming before they leave.

Bob and Teddy are watching the news and acting slightly paranoid, while the houses aren't giving candy to the kids. In an attempt to have fun, they all agree to go to the park where the "Wonder Wolf" has supposedly been spotted.

Teddy attempts to feed Bob cabbage soup, and Bob finally eats it after he doesn't want to. After Teddy hides a bite mark, claiming it isn't one, he admits the soup is too hot. Linda and the kids are at the park and hear a howl at the park. They believe the "Wonder Wolf" is likely real.

They begin to search for the wolf in the woods. Bob bickers until Teddy gives him a second pill and lets it slip that he does have a bite mark. Linda and the kids go searching in a bush, as Bob gains the belief that Teddy is a werewolf due to the painkillers, and handcuffs him to the table with Linda's costume prop. Bob falls down the stairs in an attempt to "escape" and Teddy walks out the door.

Linda announces the plan is to take a picture of the wolf and run away. The wolf noises are revealed to come from Randy, who is also searching for the wolf. He shows them photos that allegedly have the wolf in them. They negotiate splitting the profit from the documentary Randy is planning on making.

Teddy chases after Bob who is acting increasingly erratic. Randy, Linda, and the kids say they are going into a dark section of the woods where they suspect the wolf is in. Bob says he is going into the park to "escape" Teddy. The five reach a dead end in the woods and see a shadow that resembles a wolf.

After a brief discussion, Linda says she will go to fight off the wolf. The "wolf" is revealed to be a previously mentioned alpaca from the petting zoo that went missing. Bob is almost attacked by a wolf, before the Fischoeders show up to take it, revealing it is their pet. Teddy catches up to him, and it is unbelieved that Bob saw a wolf. When they get back, the kids reveal that they found it fun. Randy and Teddy say that they are staying. 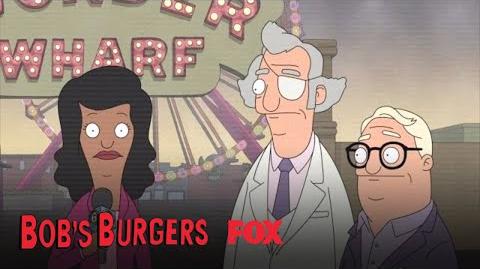 Bob Gets A News Update On The Wonder Wolf Season 8 Ep. 3 BOB'S BURGERS 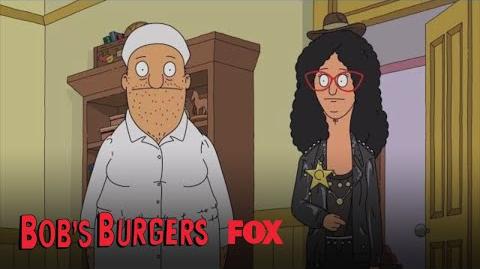 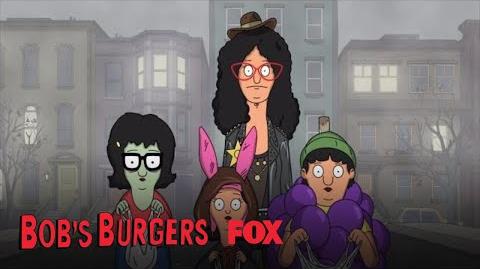