"Wharf Horse (or How Bob Saves/Destroys the Town - Part I)"

"Wharf Horse" is the twenty-first episode, the first part of the season finale of Season 4 known as How Bob Saves/Destroys the Town, and the sixty-sixth episode overall.

Motivated by the promise of a new beachside burger joint, Bob conspires with Felix to convince Mr. Fischoeder to sell Wonder Wharf. Meanwhile, Tina protests the destruction of the wharf's carousel by chaining herself to it. 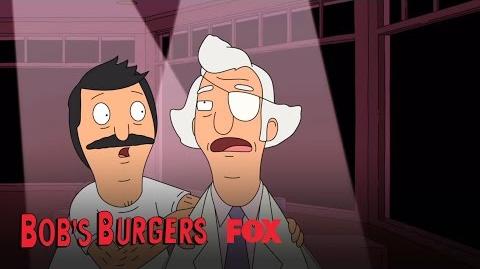